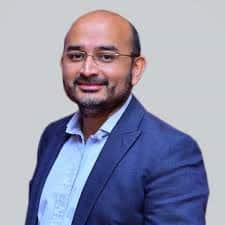 Ahmad is a managing Partner at Cordoba Ventures. Previously he served as the CEO of Aman Health, MD at Abraaj Group, Executive Director with Goldman Sachs in London where he executed financial restructuring, capital raising and investing in Investment banking and the Principal Investments team within the Infrastructure space. He started his career as a Chartered Accountant with Arthur Andersen/Deloitte and later worked in transaction services advising global private equity firms on acquisitions in the retail, hotels & leisure and oil & gas sectors.

Ahmad graduated in MPA in International Development from the Harvard Kennedy School, BSc. Economics from the London School of Economics and is a member of the Institute of Chartered Accountants in England & Wales.

Implementing ISO 27001: Is It Worth The Investment?

The Ultimate Guide to Succeed at Mobile Application Testing